In many missions, I was taken to meet people at first view, impressive at work. Constantly moving, constantly trying to achieve several tasks at once, continuously working in emergency.

However, I meet other which seemed to have less energy. They demanded a time for reflection before answering a question, they attacked a job only after finishing the previous one. They did nothing in a hurry.

The first,are the followers of mobile phone, SMS throughout the day. They are specialists in oral instructions. Second, reserve times in the day to read and respond to emails. They always think before acting.

At first sight, it is believed that the first are more workers and more effective: at the end of the day they are much more tired than the second, which are rather calm, serene and ready to begin a new activity at home. Given their level of tiredness, they had to work a lot and so be very effective! 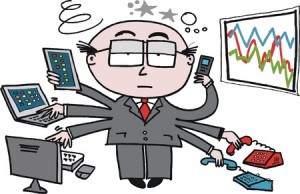 The first are the followers of multitasking. They think that this way of working makes them effective. No, multitasking is an utopia.

Several scientific studies have highlighted the non-efficiency, but also the danger of multitasking :

Concerning the ineffectiveness of multitasking, the attached document demonstrates very simply that the tasks carried out in simultaneous, have a longer implementation period that the tasks performed sequentially. 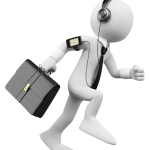 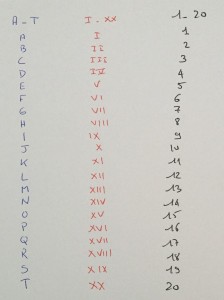 Whether for yourself or for your employees, you want to highlight the ineffectiveness of multitasking, you can perform the play of the line or column.

The game is set as follows :

You must write on 3 columns, with 3 different colored pens :

You note the time at the end of each column, and total time.

You will be surprised by comparing the time!

You can find this game and other games on the multitasking on FGC website.

And if you still doubt the effectiveness of multitasking, ask yourself the question if you have never started your work day that way!